There is no big secret to running faster, and it can’t be done easily.

These are all essential, but even after a full season of training following all of these steps, two athletes who have covered all the basics, trained the same distance per week and devoted the same amount of time to training will toe the line at the Generic Running Marathon Festival. They will both start at an even pace, but one will be able to increase their pace to be slightly faster, feeling strong and healthy while the other will have to drop back because their legs feel like they’re dying.

The difference between these two is whose body has the strongest lactate threshold or lactate inflection point. It’s the measure of whose body can take that newly created oxygen, pump it into those nice toned muscles and cycle it into energy again and again at a higher rate without flooding their blood and muscles with the byproducts of energy production. In long distance events, this is the red line that you ride between comfort and pain, and it’s the biggest difference maker between the people on the podium and the people struggling to finish. We all hold that red line at a difference pace, and getting your pace faster than the guy next to you is the very basics of racing. 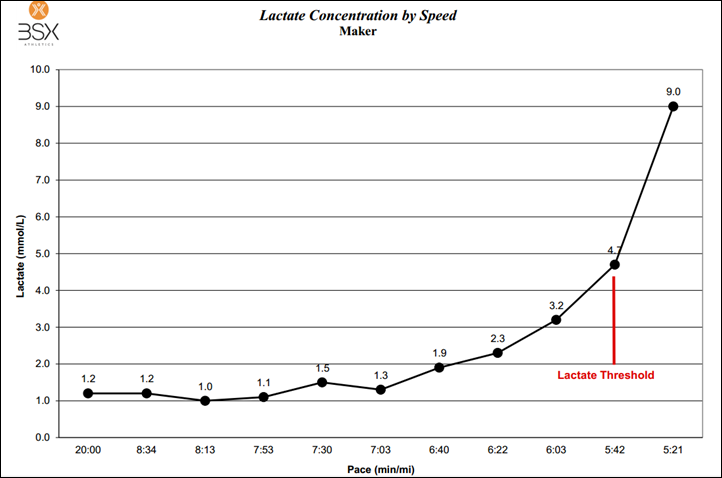 So, how do you move that red line to be a quicker pace?

Tempo runs. Lots of them.

The tempo run is the bread and butter (or I guess the white rice if you live in Asia) of distance running training. It’s the most commonly spoken about and most commonly misunderstood workout in the marathoner’s arsenal. Speed work, recovery runs and long slow distance runs are all essential, but most, if not all, exercise scientists will agree that at least one, preferably two runs per week should be run at a tempo pace. During a tempo run, you are pushing yourself to the comfortable-but-just-barely-uncomfortable (anaerobic) point for as long as possible. Anaerobic training at a steady and sustainable pace for long periods of time improves the muscles’ alkaline reserves, allowing the muscles’ ability to work in the presence of increased lactic acid.

So how do you do a tempo run?

Most runners already do tempo runs, albeit a really crappy one. We strap on our shoes, go outside, run really hard, get tired, push for too long and waddle back inside. Then we stiffen up while we sit on the couch, eating Cheetos and drinking a post-run celebratory beer. Congratulations, you found your lactate threshold. But instead of just reaching your limit and stopping, you should be getting up to that point slowly and continuing to run. Exercise scientist and 2:46 marathoner Carwyn Sharp, Ph.D. recommends for every workout that isn’t a recovery run at least 20 minutes of effort after we have already passed our lactate threshold. That means if it takes you 20 minutes to get to the point of fatigue, back off a little, and run a consistent pace for at least another 20 minutes.

Give me some examples, Cory!

Okay, since you asked so nicely. Let’s say you’re looking to smoke the competition at the half marathon. You’ve already completed a few, and that guy with the stupid pink hat has been celebrating a bit too much at the awards ceremony. Once or twice per week, give yourself a nice warm up of around 1k to get your metabolism on track and your muscles loosened up, then let it rip for two sets of 5-8k at a tempo pace. Marathoners can do two sets of 7-10k. Start with shorter intervals, then every week tack on a little more as you feel your body can handle it. Between sets, take a 5-minute jog, catch your breath, maybe have a bit of water (but don’t stop moving) then bring it back for another round of the same distance but slightly increased effort. When you finish, your legs should be begging you to sit down. Don’t forget a little cool-down jog just to clean that leftover lactate out of your muscles and bring your heart rate down slowly.

Well, duh. And my red-line pace isn’t the same as Sage Canaday’s easy pace. So how do you find that sweet spot?

80-90% max heart rate. Never should you push yourself to a point where you think you wouldn’t be able to sustain this for another 2k, but you should be tired enough that you can’t chat with  your buddies.

10-30 seconds slower than your race pace. 10 seconds if you’re going for shorter distances, 30 if you’re just starting training for an ambitious pace in your next marathon.

Now get out there and run!